There’s no doubt that property prices in London are going up. The climb is aggressive, too. The average value of a prime real estate has gone up by £285 per day over the last year, while the most sought-after areas are performing at a £808 appreciation. That’s £808 per day, every day for 365 days, totalling a whopping £294,920 in just one year.

Lettings and real estate agent, Benham and Reeves, evaluated 28 of London’s most prestigious property market precincts and found that, on average, homes in these areas are now commanding over £1.1m in the current market – a 10.3% increase in just the last year alone. This in dollar values equates to £103,874 over 12 months, or a £285 surge per day.

This phenomenon is most apparent in Knightsbridge, upscale neighbourhood in London. In the previous year, the typical home in the area increased by 20.7% in value to hit the £1.7 million mark. As a consequence, property values in the area have increased at a daily pace of £808 for local homeowners, the highest rate observed.

Prices in Chelsea take second place right behind Knightsbridge; homes shot up by £743 per day in the past year, to an average of a little over £1.65 million. Victoria is up £575 a day, St. John’s Wood climbs £510 per day, and Notting Hill enters the top five with £495 per day.

Other noteworthy areas include Kensington, Highgate, Fulham, Barnes, and Chiswick – all in central London – all with property prices which have also risen at a rapid pace in the past year.

However, a singular outlier fails to follow suit. Canary Wharf, also a prime market, has failed to see a rise in value daily. There has been a -1.8% decline in the average property price in  in the previous year. Property prices have dropped by £11,031, which is the equivalent of £30 a day in lost revenue.

Marc von Grundherr, the Director of Benham and Reeves, says, “Over the last year, property values have climbed almost across the board, with Canary Wharf being the only exception, and no doubt still thawing from the pandemic freeze that saw demand from professional buyers plummet. In the vast majority of neighborhoods, we’re not just seeing incremental gains, we’re seeing some quite notable increases in value. So much so, that the average homeowner is seeing the value of their property climb by hundreds of pounds a day.”

The soaring trajectory has largely been driven by foreign demand, with travel restrictions and Covid protocols no longer complicating the process of purchasing a primary or secondary residence within the British capital.

Rent Prices are Outpacing Interest Rates in the UK 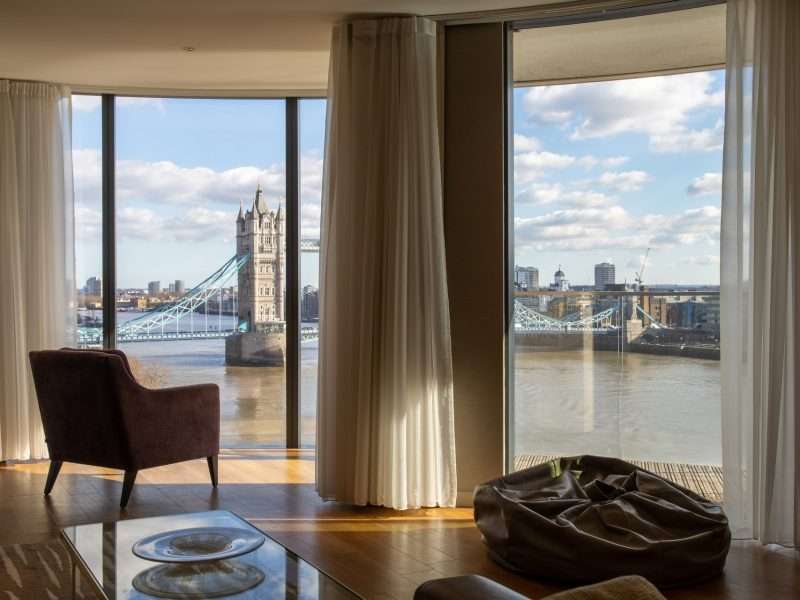